Moses (Biblical Exodus) and Shasta (The Horse and His Boy) 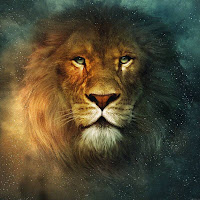 C.S. Lewis was a dedicated Christian by the time he wrote the Chronicles of Narnia. While his academic pursuits focused on medieval and renaissance English, much of his personal writing addressed religious topics, so it is not surprising that religious themes appear in most of his books, including his science fiction and fairy tales. As mentioned in a previous post, Lewis said of his Narnian characters: “At first there wasn't anything Christian about them; that element pushed itself in of its own accord.” I believe Lewis’ testimony was such an integral part of who he was and how he lived his life that his beliefs easily spilled over into his writings.

I also imagine Lewis must have gotten tired of being asked about the similarities between Biblical people and events and his characters and storylines in the Chronicles of Narnia. In one letter, Lewis sounds like he would like to put an end once and for all to the questions about the Chronicles being allegorical when he wrote: 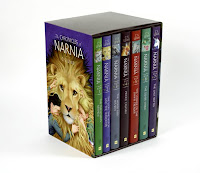 "The whole series works out like this: The Magician's Nephew tells the Creation and how evil entered Narnia; The Lion etc. - the Crucifixion and Resurrection; Prince Caspian - restoration of the true religion after a corruption; The Horse and His Boy - the calling and conversion of the heathen; The Voyage of the Dawn Treader - the spiritual life (especially in Reepicheep); The Silver Chair - the continuing war against the powers of darkness; The Last Battle - the coming of Antichrist (the ape), the end of the world and the last judgment."

I have always considered the Chronicles of Narnia more of an allusion to the New Testament because of the central thread of Aslan, the Great Lion, the Christ figure in the Narnian world. However, in reading The Horse and His Boy (TH&HB) this time around I found an additional allusion that added another layer of enjoyment to the book—that being the similarities between Shasta and Moses of the Old Testament. This seems to fit in with Lewis’ above-mentioned theme for the book—“the calling and conversion of the heathen.”

Shasta’s journey across the desert and into wilderness areas is similar to Moses and the Israelites crossing the Red Sea and wandering in the wilderness. Also, in both cases, precious water was provided during the trek: Aslan produced water from his footprint in the turf, while Moses drew water from a rock. In addition, there are similarities between Shasta and Moses: 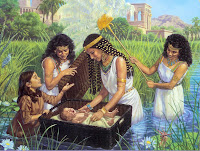 I am continually amazed at how the Chronicles of Narnia take on different or additional meanings with each successive reading, and how readers at different ages and stages in life find similar enjoyment and personal reward. This is only my second time reading the Chronicles from beginning to end. During the 25-year interim, I have experienced a lot of “Life,” and grown in many ways. I wonder what the Chronicles might hold if I reread them in my twilight years? I must add this to my “bucket list”!
Posted by Lifelong Learner at 11:05 AM

"When we see our learning here as part of our eternal education, we raise our sights for learning."
--Elder Robert D. Hales

In January 2009, I decided to learn more about C.S. Lewis. This blog contains random thoughts I have had while reading his works. I invite you to join me as I travel through Lewis-land.